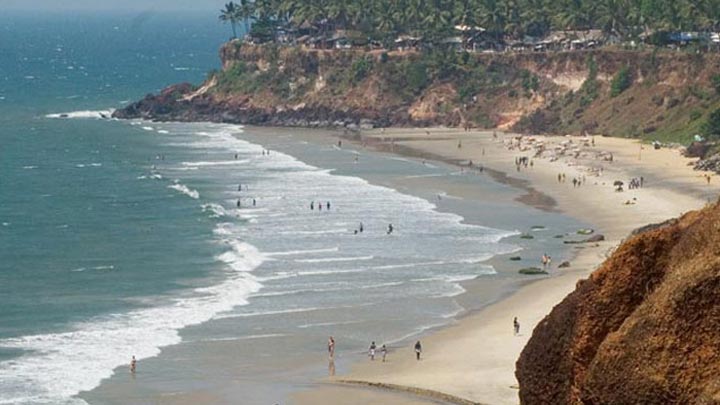 Varkala - The top 5 beach locations to visit at Kerala. There is a choice of Sightseeings - No of Beaches to visit, Religious Places, Historical Monuments, Backwater, Watersports, Varkala Cultural centre.

Varkala Aquarium - It has a collection of different types of fishes to watch. It has a 3 storied building with spiral staircase and a must to visit for Kids.

It has Sculpture Jatayu Bird, Mythological bird of Ramayan Era. It supposed to be the largest sculpture of a bird in the world. It is on 1000 ft giant rock, a length of 200 ft, a width of 150 ft. The height of the giant statue is 70 ft.

Its believed that Jatayu fell on this hill after the Fight with Ravana stands. The attraction is the cable car to reach the top, various adventure activities, Trekking, Paintball. Its 27km away from Varkala and travel time is 50mnts.